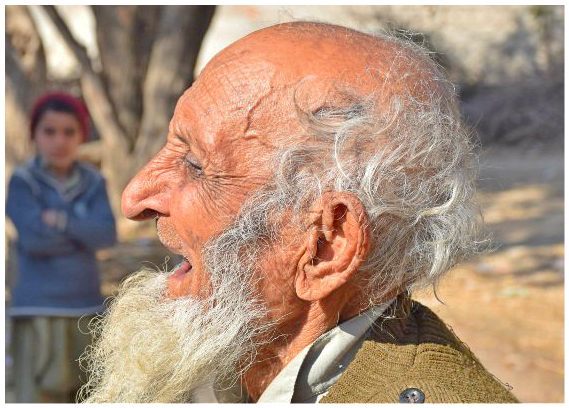 “We dreamt of this for generations. Our dream has come true. We have drinking water in our village.”

For generations, there has been no local source of drinking water for the small village of Shamooni Khattak in Lakki Marwat, KP. Villagers have been forced to fetch drinking water on camel and donkey carts from distances of up to seven to eight kilometers. Not surprisingly, when the Southern Area Development Project (SADP) mobilized a community-based organization (CBO) in the village, its foremost demand was water.

According to the president of the CBO, Mashal Khan, “Shamooni is one of the most deprived villages of the district where, previously, no attention has been given to the uplift of the area and people had no drinking water facility, which is so essential for human beings. For the first time, the government initiated much needed developmental schemes in this far-flung area. There are around 300 households in the village and the people are very poor. We don’t need streets and roads; we want potable drinking water!”

With SADP support, solar drinking water supply schemes were installed in the village, serving around 1,500 beneficiaries. Villagers celebrate this long-awaited response to a critical need and testify to its immense advantages:

“We dreamt of this for generations. Our dream has come true. We have drinking water in our village. For decades we had been fetching drinking water for our families from a distance of seven to eight kilometers on camels and donkey carts. Now this facility is available at our door steps,” remarked 90-year-old Mir Akbar, his eyes glistening with tears.

The imam of the local mosque, Sher Zaman, described how the facility had fulfilled a longstanding need of the community: “We have constructed a water storage tank adjacent to the mosque, which is almost the center point of the village and inhabitants can easily benefit. People were facing a lot of problems due to the non-availability of clean water even for ablution, but with the completion of this scheme, clean water is available in the mosque for people who come to pray. We now know how to take care of this facility (water and solar equipment) as, without clean water, there is no life for us.”

Noor Khan, a fourth-grader at the Government Primary School Shamooni Khattak, gave a touching account of how the intervention has affected the lives of children: “We would go to school without washing our hands and faces as there was no water. But now we go to school with clean hands and face, and a neat uniform. There was no arrangement for drinking water in school. It was very difficult, but now this problem is solved. The children of the village were mostly tasked to bring water from a faraway village on donkey and camel carts but now—thank God!—this fatigue is over.”

The joy and relief over the water supply schemes is accompanied by acknowledgment by villagers of their own important role in maintaining the precious infrastructure, and a resolve to sustain the project. They also recommend that such initiatives be undertaken in other rural communities facing the dual predicament of water scarcity and energy shortage.

“By providing clean drinking water to this deprived village, our outstanding demand was met and now it is our responsibility to maintain this facility. Our CBO is very active and we will also contribute to the maintenance or up-gradation of this solar facility. The government should focus on solar schemes, which is the only solution under current energy crisis to bring prosperity in this backward area,” says 78-year-old Shah Zaman.

Mashal Khan, the CBO president, agrees: “Solar drinking water schemes are the only solution under the current circumstances, where the rural population suffers immensely from electricity load shedding.”