“Such steps (rehabilitation grants) will not only help overcome the rising unemployment in this district, but also promote peace and security in the long run.”

For 18 years, Abdur Rasheed, 63, ran a profitable marble business in Sultan village, District Buner. “We were the top suppliers of marble in the area and our products were in high demand across the country. The quality of our marble was so good that we would receive huge orders from other provinces too. The business was financially sound and was expanding to other markets. At its peak, we employed around 20 full-time employees and a few contractors,” he recalls.

In 2009, the situation in Buner deteriorated to such an extent that locals had to shut down their businesses and flee. As the security operations began, Rasheed’s factory and house were caught in crossfire and destroyed. He decided to join an Aman (peace) council to help restore normalcy in his area. Consequently, he began to receive threats from the militants.

Rasheed recalls the extent of his loss: “The estimated damage was approximately PKR 8.6 million (US$ 100,584.80) … we had to leave everything behind and migrate, so we shifted to Islamabad. As the situation improved, I decided to go back. Since I was an active member of the Aman Council, I believed that my return would encourage other IDPs to return home. It was a very difficult decision to make at the time: I had numerous challenges ahead, such as building a new house and dealing with threats at the same time,” Rasheed adds.

A grant from the Economic Revitalization for KP and Newly Merged Areas (ERKF) project gave him the much-needed cash to rehabilitate his business. He received a grant of PKR 2.3 million (US$ 26,900.58) in three tranches. Today, Rasheed has nine full-time employees and expects the factory’s annual income to increase considerably. Looking back at his journey, he says, “Such steps will not only help overcome the rising unemployment in this district, but will also promote peace and security in the long run.” 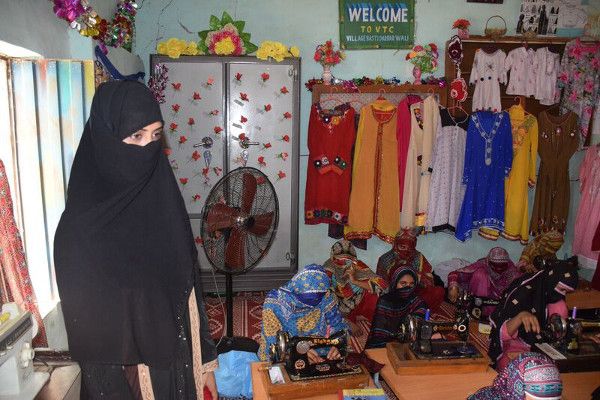